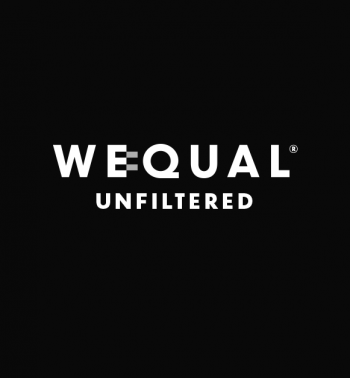 We are proud to introduce the launch of WeQual Unfiltered – a series of podcasts where Founder of WeQual, Katie Litchfield, will be interviewing the CEOs of some of the largest companies in the world – asking them the questions that need to be asked about gender parity and what they are doing to close that gap.

In the first interview launched today (Sunday 9th May), it was Steve Cahillane’s turn, the CEO of Kellogg’s. Katie quizzed Steve on the lack of women on his leadership team, and left no stone unturned in getting to the bottom of Steve and Kellogg’s thoughts on diversity, equality and inclusion.

Steve was also very open about the women who influence him throughout his life and business career. And our thanks to Kellogg’s for all their help in making our first edition happen.

Alongside his former boss at Nature’s Bounty, and the influence his daughters have over his everyday thinking, Steve talked about his mother’s influence and how she inspired him to become a successful business leader.

A lovely story, and a happy accident that the launch of our episode with Steve’s motherly tribute is on Mothering Sunday in the US.

Listen to WeQual Unfiltered below or follow the link to your favourite podcast provider.

Today we publish the second in our CEOs Uncut podcast...