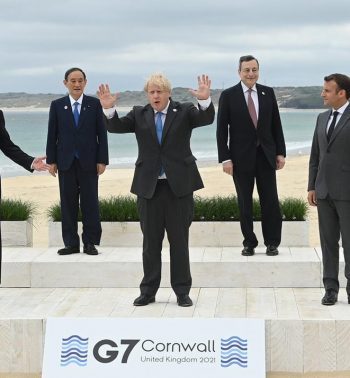 Actions always speak louder than words? Sometimes. Though it can often depend who the messenger is. Take the fine words of the Gender Equality Action Committee – an independent group of experts assembled by the UK Government to champion freedom, opportunity, individual humanity and dignity for women and girls around the world.

Their big moment was the G7 summit earlier this month – but the UK Prime Minister Boris Johnson fluffed the moment and the GEAC’s really vital road map to gender equality post lockdown was lost.

Their words, though, are worth repeating. And liking. And sharing. And reposting.

Here is what the GEAC wants to see:

WeQual’s mission is gender equality in the executive committees and board rooms of the world’s biggest companies. While we deal specifically in the corporate world, our experience has taught us that the gender imbalance at the top of companies is systemic – the issues women in business face often mirror those they face outside work.

Which is why we think the words of the GEAC are worth reading and repeating. Over and over again.