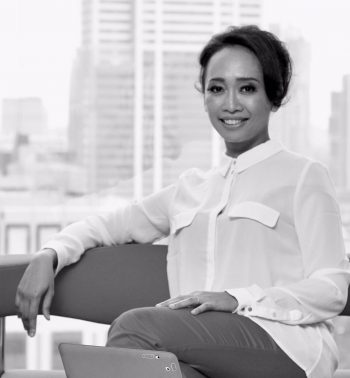 Putri Realita, Global Diversity and Inclusion Lead at Danone, gives WeQual a fascinating and exclusive insight into the ‘Diversity Inclusive’ approach that the global consumer goods giant has implemented over the last five years.

Coming from Indonesia to the headquarters of Danone in Paris 5 years ago was a big leap for Putri, especially with the task she was given of defining and implementing the global Diversity & Inclusion strategy for the multinational giant.

But there is no doubt she has helped the company progress rapidly in the D&I sphere from a standing start – Danone is now one of the top 10 French companies for gender equality, and ranked 26 globally, according to the gender and equality research company Equileap. To put that into context, Danone was nowhere in the ranking as recently as three years ago.

Coming from a non-HR background, Putri found she had to learn D&I by doing, while bringing the French-based global food and drink company on what she described to me as “the most exciting and fulfilling ride of her career so far”.

“First we needed to start with a why? Why do we have to change, why do we need to do it?” Putri, who is thriving as one of the few Asian talents at the HQ of a global ‘western’ company, told WeQual Magazine.

Explaining her journey with Danone and D&I, she added: “This ‘why’ may differ from one company to the other. D&I needs to connect with both the business and people agenda. It needs to be seen and perceived as a business topic, and not only an HR topic.

“We engage in a ‘top down, bottom up’ strategy and we learn how to engage the silent middle. The role of top management is key in setting the tone and, more importantly, they need to walk the talk, leading by examples of team’s diversity and setting the right inclusive mindset in their executive teams.

“D&I also needs to be authentic,” Putri explained, “through listening to the different voices in the organisation and empowering our people across all levels to co-own the D&I agenda, both at global and local level, making it relevant for their work and their functional and local specificities.”

Putri believes in a people-powered approach and has created a bottom-up movement that engages around 400 passionate D&I champions across the 55 countries where Danone is in operation.

“For example, our global roadmap tracks our performance globally – on gender, culture, nationalities, and inclusive behaviours. While our local roadmap in the US, South Africa, UK and Brazil addresses the racial/ethnic diversity – as this is how Danone can make a difference in the society.

“Other local roadmaps in countries like Mexico, Indonesia and the Middle East, focus on gender equality, while in France we are addressing gender balance, youth inclusion, and accessibility topics,” she added.

“It is not easy to implement D&I globally as knowledge about the concept varies in different regions. The word inclusion for example does not exist in many other languages so it’s important to create a common language internally and describe the concept with everyday behaviours that people can connect to within the company,” Putri emphasised.

At Danone, Putri coined the phrase ‘Inclusive Diversity’, which puts inclusion before diversity. “Abbreviated, it’s ‘ID’. We want everyone to bring their ‘ID’ to work,” she explained.

Engaging the silent middle is critical. One of the keys of Putri’s approach is making what Danone does relevant to middle managers who are crucial in role modelling day-to-day inclusive behaviours.

“D&I has to be relevant to middle management and their day-to-day experience – we need to demonstrate how D&I helps them, not only as team leaders but also as business leaders, and how D&I can help them connect better with their customers and consumers.

“How they are leading and leveraging diversity in their teams is vital to being truly inclusive. It’s about leading by example. You have to seek different perspectives, listen to everyone in the room and encourage newcomers and introverts to speak up, which in the end will bring more innovative ideas to the table. It is something that is practical, and everyone understands.”

Central to Putri’s D&I strategy is a “triangulated approach” – in which people, brands and partners represent the three points. This, she tells WeQual Magazine, ensures a holistic approach that impacts not only Danone’s people, but also its consumers, and the wider community.

“D&I always starts with people. Each and every person can bring their authentic selves, and have equal opportunity to contribute and grow within the company. Then it needs to be embedded within the brands, where it needs to embrace the diversity of the people it serves, and use their communication power to fight against stereotypes and discrimination in the society.

“Thirdly, D&I needs to create impact, not only inside the company but also outside the company, which can only be done if we work hand in hand with our partners – suppliers, governments, NGOs, and even other companies.”

Putri is rightly proud of the huge progress Danone has made, achieving most of the D&I ambitions in their 2020 roadmap. “We have improved the representation of women and under-represented nationalities in executive positions (the top 250) to 30% in 2020 (vs 17% and 20% in 2016, respectively), as well as reaching 87% Inclusion Index based on the Annual People Survey result.

“This is surely not enough, and the journey continues,” she asserted. So Putri has now set new goals including gender parity in senior leadership positions by 2025. “We want to create a truly inclusive culture and include everyone across Danone’s supply chain – employees, consumers and community, enhancing diversity wherever Danone operates through the global and local roadmaps, and serving the evolving needs of employees with the future of work being in the centre of the strategy”.

A lack of Asian leaders driving global agenda in so-called western companies is another pressure point. “When I was giving a speech at the Global D&I Leaders Forum in London, someone came to me and said that it is not very often we see a South East Asian face amongst the other global leaders.” Upbringing and cultural specifics are some of the key contributors to this reality.

“I’ve been through the mindset change,” the Global Diversity and Inclusion Lead for Danone tells WeQual Magazine. Educated in schools in Indonesia, Putri went to university in Australia for her undergraduate study where she quickly learned that to get on, she would have to speak up a lot in class and learn to be more forthright. “So, this is something I learned a lot in Australia. My experience there influenced me a lot in my leadership.” “But,” Putri counters, “Having an Asian background and knowing the Indonesian market has been a huge help in identifying how to bring forward D&I across the different regions for the global giant. People tell me that I bring a different approach on D&I, as it is seen as more grounded, applicable, and relevant for many.

“I think I can combine the best of both worlds by maintaining the posture I adopt from my upbringing, which centres around humility, listening and teamwork, with those I learnt during my study and working years, which centres around speaking up, as well as having true convictions and vision for the work we do.”

Undoubtedly, the radical change in society over the last year or so has pushed many companies to address D&I at a different level than before. D&I plays a big role in engaging the employees to shape the company’s culture and therefore inclusion needs to be embedded in everything that companies do.

Since 2018, Danone’s 100,000 employees have been invited to actively engage and to shape the future towards the Danone 2030 Goals through our ‘One Person, One Voice’ programme. They can voice their point of view on both our company agenda and the definition of the 2030 Goals roadmaps, at local and global levels. Each year, we select 26 volunteers to carry the voices of our 100,000 employees to members of the Board of Directors and the Executive Committee. Danone employees also participate in the ‘One Person, One Share’ programme where everyone gets one share in the company and is encouraged to attend shareholder meetings. “It is quite powerful to see many employees attend our shareholders meeting as owners of the company.

“D&I is a long-term game – It’s something that is taking time. Companies need to do it for real, not for PR, or responding to public pressure. They need to realise that it is not only the right thing to do, it’s also good for the people and for the business – long term,” Putri concluded.