In the EMEA region, women continue to be under-represented: among the largest publicly listed companies in the European Union in 2020, only 19.3% of executives and 7.9% of CEOs are women.

There are similar problems in The Americas. In the Fortune 500 – the biggest 500 companies in the US – for every woman CEO there are 13 men CEOs. And in Canada, women hold only 43 of the 538 named executive officer roles in the top 100 companies in 2020. That’s FEWER women at the top than in 2019. And in APAC, too. In Australia, women are a lot less likely to make it to the Group Executive Committee level: from holding 30% of executive management roles, only 17.1% make it to the top. India, Japan and South Korea have major issues too: they are the three worst countries in the world for women holding management roles (8% and lower).

It is within this global sphere that WeQual developed its mission by discovering hidden talent, showcasing the best women and encouraging and helping global businesses develop their talent programmes to build a better business world.

WeQual has already recorded some remarkable successes since its launch in the UK in 2019. Finalists across all three major regions have already been appointed to the Group Executive Committee.

Finalists are automatically inaugurated into the WeQual Members Club, which is fast becoming one of the most influential women business leaders’ networks in the world. Check out the WeQual blog for all Members on the Move.

WeQual gives our members (120 and rising) And so many more are being given the opportunity to showcase their talents for executive positions across the world.

The Awards are at the heart of our search to find the talented women that should be our global business leaders.

Potential candidates identified by our researchers are encouraged to apply and then they are asked to carry out a comprehensive questionnaire designed to shine a light on the core skills required for effective leadership: The questions provide deep insight into Leadership Approach, Cognitive Ability, How you lead others, Drive and Resilience, Integrity, Mindset and Agility, Emotional intelligence, Approach to equality and Knowledge of the business.

The 24 finalists are announced the week commencing November 8, 2021

The application form has eight assessment questions. These have been derived from leadership, psychology, neuroscience and performance research to identify the necessary factors and characteristics of top leaders. The questions will showcase your strengths regardless of style, gender or ethnicity.

The questions provide deep insight into your:

Leadership Approach | Cognitive Ability | How you lead others | Drive and Resilience | Integrity | Mindset and Agility | Emotional intelligence | Approach to equality | Knowledge of the business.

The 24 entries in 8 categories that make it through to the final stages will be interviewed by one of our Global Executive judges. 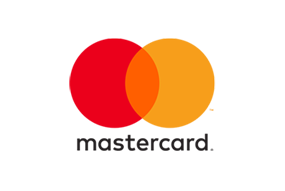